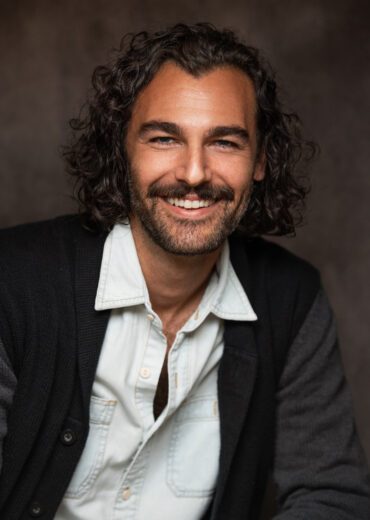 Meet Brad Harrison. Brad was born and raised in New Jersey, and has lived in Orlando, Florida and Annapolis, Maryland. Brad’s background is in live events. He spent his young adulthood touring in a rock band signed with California based, Lobster Records, in which he played guitar and sang backup. Brad attended Full Sail University where he received a degree in recording arts with big dreams of becoming a record producer. He spent his pre pandemic years as an audio engineer, then manager, leading large shows and large teams. Being a guitar player, and the son of an expert cabinet maker, Brad has never been a stranger to working with his hands. He was introduced to the world of real estate through flipping his own houses, doing all of the work himself. It was a natural transition to becoming a realtor. Coldwell Banker even runs in the family, his mother working as an agent in Maryland. Brad has a keen interest in old houses, and seeing a property’s true potential. His vast knowledge of a home’s technical parts will guide you in your home buying journey.

Having seen nearly all the corners this country has to offer, Brad decided to move his family to the Smokey Mountains. In his free time, he enjoys writing and playing music with his band, Trash Moon, and hiking and exploring with his wife, dog, and two, young children. Contact Brad to let him find an awesome home for you and your family in this magnificent, and truly special landscape.

Login
Save Search
Recommended For You
Favorites
Email Alerts
Contact Us

No properties matching your search criteria were found.

The data relating to real estate on this website derive in part from the Internet Data Exchange program. Brokers make an effort to deliver accurate information, but buyers should independently verify any information on which they will rely in a transaction. All properties are subject to prior sale, change or withdrawal. Neither Coldwell Banker Kings nor any listing broker shall be responsible for any typographical errors, misinformation, or misprints, and they shall be held totally harmless from any damages arising from reliance upon this data. This data is provided exclusively for consumers’ personal, non-commercial use and may not be used for any purpose other than to identify prospective properties they may be interested in purchasing. Properties reported may be listed or sold by various participants in the MLS
© 2021 Carolina Multiple Listing Services, Inc.

Save favorite listings, searches, and get the latest alerts

Save your favorite listings, searches, and receive the latest listing alerts